Gender ideology (the “transgender revolution”) promotes a false vision of the human person radically at odds with Christian anthropology. Over the past decade, gender ideology has permeated the culture and has significantly influenced our language, laws, and leading social institutions, particularly schools and universities. The resulting cultural and legal changes are dramatically re-shaping the views and experiences of all Catholics, particularly adolescents, on matters of sexuality and identity. As a result, many Catholics profess beliefs more reflective of the surrounding culture than of Catholic teaching.

For example, 68% of Catholics say they have become more supportive of “transgender rights” in the past five years, and 53% percent say they would be “very or somewhat comfortable with a transgender child” (PRRI 2019).1 Pew Research reported in 2017 that only a bare majority (51%) of Catholics believe that “whether a person is a man or a woman is determined by sex at birth.” Nearly half (46%) of Catholics embrace the claim that a person’s identity as a man or a woman “can be different from sex at birth,” even though the unchangeable nature of sex (male or female) is a biological fact.2

Such widespread confusion about the truth inevitably affects Catholic institutions as they seek to be faithful to their Catholic identity and mission. It is critically important for institutions, such as schools, to ensure that leaders (administrators, board members, clergy, etc.) and staff members (lay ministers, teachers, counselors, etc.) are well-formed, committed to the Catholic identity and mission of their institution, and equipped to respond to the present challenges posed by gender ideology. Leadership formation is particularly important in light of the culture’s impact on the families and adolescents. As the cultural confusion spreads, Catholic youth and families may absorb and accept uncritically the tenets of gender ideology.

Youth culture is particularly problematic. Most adolescents are immersed in media, entertainment, and consumer environments that normalize “transgender” and “non-binary” identities and urge them to be enthusiastic “allies” of the LGBTQ movement. Catholic students in public school must navigate an educational environment that, from kindergarten on, instructs them in “inclusive” terminology, pronouns, and images; celebrates students who “come out” as “transgender” or “non-binary”; and insists that all students have a “gender identity” to explore. The number of children and teens identifying as transgender has risen sharply, especially in the past five years. It is increasingly likely that the average public-school student has “transgender-identifying” peers. Students understand rightly that they should be kind and respectful of each person’s dignity; however, transgender-affirming school environments increasingly teach students that to be compassionate, kind, and inclusive means to accept and support all “sexual and gender identities” as normal and healthy. Gender-affirming environments inevitably draw others into the “transgender” person’s narrative, compelling others to affirm, without question, the person’s “transgender” or “non-binary” identity.  Students may face the unpleasant reality that, if they do not affirm someone’s “transgender” identity, they will be humiliated on social media, branded as “haters” or “bigots.”

It is important to recognize the harm resulting from the culture’s embrace of gender ideology. Gender ideology is irreconcilable with Christian anthropology and Catholic teaching. Pastoral care for persons (and their families) facing these issues requires sensitivity, discernment, prudence, and charity. Young people, especially those who are already vulnerable because of pre-existing mental health issues, autism, or traumatic experiences, may become convinced that their “gender identity” requires them to “transition,” modifying the body in destructive and harmful ways. Catholics of any age who embrace gender ideology eventually may reject Christian anthropology and be less receptive to Catholic doctrine and moral teaching. Only the truth about the human person, presented with consistency and clarity, can illuminate the path forward. Catholic institutions will face specific challenges as they seek to maintain a Catholic identity and mission and communicate Christ’s love and respect for all persons.

How did this happen so fast? 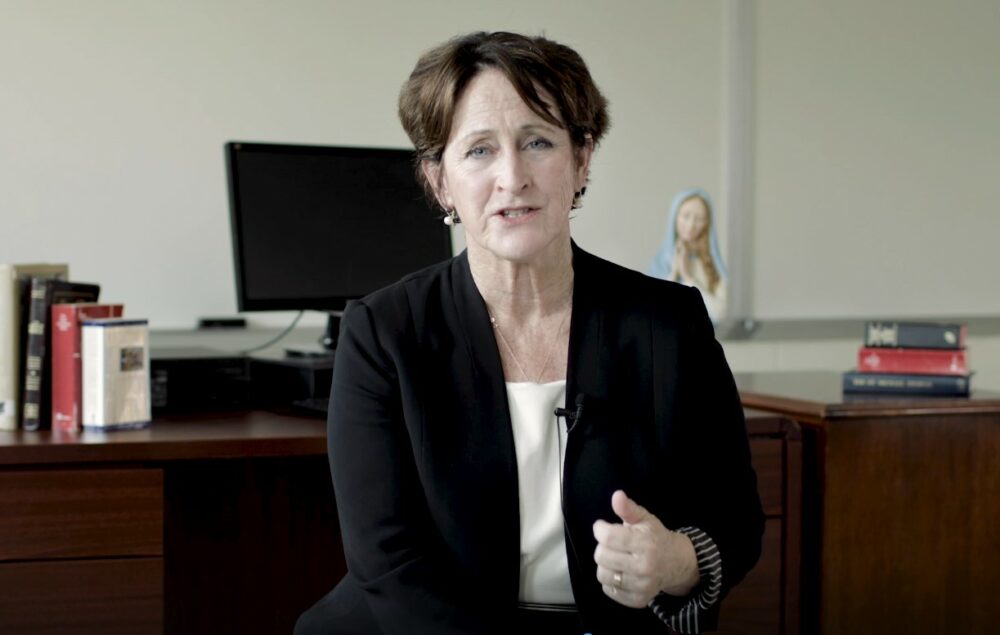 Grounded in theological principles and practical experience, the resources in this “Schools” section are designed to assist institutional leaders, educators, and clergy in proclaiming the truth about the human person and countering the false claims of “gender ideology.” The document “Male and Female He Created Them,” released by the Vatican Congregation for Catholic Education in 2019, offers valuable guidance in this effort.

The resources in this “Schools” section include specific questions likely to arise in an educational setting (in addition to the other FAQs on this website), a toolkit to assist in staff training, and other related resources and guidance.

Do you have questions or needs that are not addressed in this “Schools” section (or elsewhere on our website)? Please contact us!

The experts affiliated with the Person and Identity Project are available to assist educators and Catholic institutions with additional resources, policy reviews, workshops, presentations for parents, staff training (in-person or by Zoom), and consulting services, upon request. Please contact us for more information. As always, we welcome your suggestions and look forward to assisting your valuable work any way we can.